Myth or Truth? Cell Phones and Radiant Barrier
AtticFoil Videos: Installation and InfoLearn About Radiant BarrierAtticFoil vs. PaintComfort & Efficiency TipsQuestions & AnswersAtticFoil™ vs. Other ProductsFAQ Videos
If radio waves (used to carry cell phone signals) are blocked by aluminum-foil, doesn’t that mean putting foil in my attic will block my cell phone from getting a signal? Truthfully, it’s not so cut and dry as that…


Myth: If I install a radiant barrier on my roof my cell phone won’t get reception in my home because the aluminum blocks the radio waves. 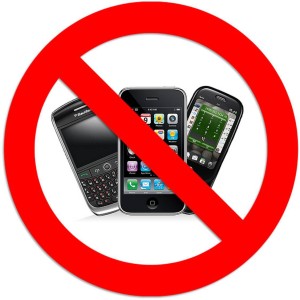 Truth: cell phones use radio waves to transmit signals, including the ones that allow us to make phone calls, send text messages and stream the web. Radio waves control more than just phone signals; they control the signals for TV, cordless phones, garage door openers, microwaves and even your wireless routers.

The thickness and the amount of the aluminum being used (surface area) can determine whether or not it will completely block radio waves to/from your cell phone. Consider certain buildings where your cell phone doesn’t work, this could include hospitals, research facilities and government buildings. Typically these buildings are forged with thick, metallic frames and walls, making signal transmission in and out of the building difficult without specific technology.

A different example is your car. You most likely have no problems transmitting signals to/from your cell phone while in your car (though the occasional dropped call can happen, this has nothing to do with the car’s metallic exterior). Your car, unlike a building, has a much thinner metallic structure and it contains about 40% glass, making transmissions easier.

AtticFoil™ radiant barrier, like the car example, is a thin layer and is only covering the roof of your home (generally around 20-35% of your total surface area). Your home still has four walls that radio waves can travel seamlessly through to provide a signal for your cell phone. Both the thickness and the amount of foil being used make it unlikely that it will have any impact on your cell phone. Additionally, many new phones are equipped to handle commonplace interferences because they are made with stronger antennas. The only cases where we’ve heard of signal transmission problems arising are where the cell phone or particular area had a weak signal to start with, beyond that there have been no reported issues.

In general, installing a radiant barrier in your attic (or on your roof) will not affect your cell phone’s signal. If you still have concerns that your phone can’t handle the interference, we recommend you order a FREE sample of our radiant barrier foil from us so you can test it yourself.

Simply lay the phone down on a flat surface and set the sample of AtticFoil™ radiant barrier on top of the phone. Then, from another phone, call the phone under the foil. If the phone doesn’t ring, then it might have some trouble with getting a signal after installing a radiant barrier in the attic. Two ways to remedy this are to use your phone near the perimeter of the house (near outside walls versus interior rooms), or you can install an external antenna to help boost the signal.

If your phone does ring, then it should have no trouble handling the addition of a radiant barrier to your home.